The Valor of the Healing Process 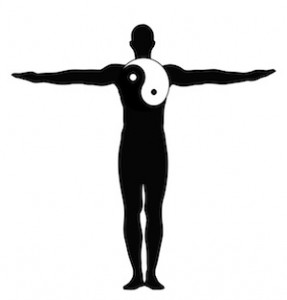 The Valor of the Healing Process

Healing is a fascinating process. It can even be very pleasant, when we surrender to it. At times it becomes the center of our lives: requesting our time, our energy and focus.

We all lead busy lives: especially those of us who live in New York City. It can be rare for us to slow down. Many of us are resistant to slowing our pace. There are many people to see, so much to accomplish. The great food of the city, late night excitement and competitive drive to be better can keep us in constant motion.

The process of unraveling an old knot takes times and focus. This is a metaphor frequently used to describe a stubborn condition of the body, mind or spirit. When we lack energy, time or willingness when confronted by an environmental and/or emotional issue, the issue can become sublimated into the deeper areas of the body. The sublimated material, be it a virus or emotional conflict, gets placed into a type of “closet” within the body. These include the joints, the throat, the “spare tire” around the belly and the blood vessels.

Whatever has been shoved into the “closets” of the body does not go away: it lurks. The body uses its resources to keep the sublimated material hidden from the conscious mind, or primary systems of the body. Resources that would normally be used to support daily activity and growth are diverted toward managing the old sublimated issues. We literally becomes depleted by repressed physical and emotional material we have not resolved.

The healing process within Chinese Medicine often involves allowing sublimated material to come out of the closets. Unresolved toxins and mental-emotional conflicts are brought to the surface level of the body where they can be fully resolved by the conscious mind and/or immune system. This stage of the healing process is known as “the healing crisis.” The condition may appear to get worse during this time. Flu-like symptoms may arise: either through the respiratory or digestive system; emotions may become more volatile; hauntings from the past may come back into the conscious mind and/or dream-state.

The condition is not getting worse during the stage of healing crisis: it is being brought out of its parasitic, lurking state where it can be completely resolved. This critical stage requires the energy, time and focus the person was unable to devote to the condition in the past. This is why a healing crisis is often delayed within treatment until strength and willingness to handle it are cultivated.

Willingness is a major factor in the complete resolution of a condition. Conditions can be managed for a long time. Management is a valid choice which must be respected by the acupuncturist. I believe the true responsibility of the acupuncturist is to educate the patient about the process occurring in her body, so she can make a choice as to how she wishes to work with it.

The healing crisis can require a period of slowing down, nurturing oneself, going to sleep early, spending more time alone, managing cold symptoms without suppressing them, or facing uncomfortable memories and emotions from the past. A woman with a newborn baby probably will not have the time or energy to devote to this type of process, for example.

The power of the healing crisis can be life-changing. A patient came to me a few months ago with memory loss. She knew there were extremely traumatic events in her past, which she thought she’ d worked through. However during treatment, memories began resurfacing. The patient was led into a period of despair and deep depression. She would sob during treatment, expressing tremendous grief. I continued to support her body’s resources to allow her the strength to move through her healing crisis. She said the emotions she was feeling were those of a tremendous traumatic loss that occurred years ago. I explained this was the process of fully resolving them: getting them out of the body so they would cease to consume her blood and energy. The healing crisis hit a peak, after which the patient began to look years younger. She described feeling as if a great weight had been lifted from her heart. She said she had stopped feeling sorry for herself: a major change she’d not experienced since childhood. When her spirit had stabilized, we moved onto resolving chronic tension in the shoulders, which brought out more memory, emotion and redemption.

A healing crisis is like a spiritual quest. We encounter many challenges throughout our lives. Chinese Medicine views these challenges as necessary in the cultivation of our spirits. Within Taoist philosophy, anything not resolved in this life gets carried onto the next. They don’t go away. Sooner or later they have to be faced. Challenges are not meant to torture us, but to help us evolve. The time and energy required for the resolution of physical and mental-emotional challenges is worth it. It is a path toward freedom. Often it requires tremendous faith and courage. It calls to mind the name of an acupuncture point along the Lung Meridian called “Valiant White.” White represents the ability to let go of something. Valor is the heroic courage it requires to do so. Becoming free requires nothing less.