There’s often psychological involvement to issues involving the ears, eyes and head. In my acupuncture clinic, I treat a lot of people for tinnitus. Problems of the ears can be the result of a a viral, bacterial or fungal infection. They can also result from injury. However, I see more commonly tinnitus that comes from a psychological cause.

Tinnitus is usually experienced as an annoying sound in the ear ranging from high pitched ringing to low pitched hissing or crackling. At its most severe, there can be deafness. In Chinese medicine, problems of the ear are most commonly associated with the systems of the Liver, Gallbladder and Kidneys. They are often associated with “wind” and heat rising into the head, either from inflammation in the Liver and Gallbladder systems or from an insufficiency of the Kidney Yin (hormonal) or Liver blood, which fails to mediate the amount of Yang (wind or heat) rising into the head.

Beyond the basic energetic physiology of tinnitus, there are psychological implications to the concepts of “wind,” “heat” Yin, Yang and the systems of the Liver, Gallbladder and Kidneys.

The concept of “wind” is central to understanding Chinese medicine. Wind is the metaphor used by the ancient Chinese to represent change and challenge. When we catch a cold, Chinese medicine calls this being “invaded by wind.” Something that attacks us from the outside world is known as “external wind.”

However, there’s another aspect to wind that relates to change. Changes that occur outside of us are seen as “external wind.” When our system cannot accommodate the changes that are occurring in our lives, it can create a wind problem inside our heads. It can feel like a windstorm: a hurricane or tornado stirring inside the ears, eyes or head. This can create tinnitus, blurriness, dizziness, gait dysfunction, headaches, chronic sinus problems.

Dealing with external wind is about learning to accommodate to the ever-changing environment. On a very micro level, the environment around us is always changing: temperature, air-pressure, climate. Our body’s immune system, when it’s at its best, is hyper-attuned to the constant changes of the environment. However, sometimes there are changes that are abrupt and violent that our bodies cannot adjust to. To the ancient Chinese, this is when we get sick.

Wind can be something physical like a pathogenic agent: virus or bacteria. It can also be something psychological. When we lose our job, or a loved one dies or a relationship ends – this is all considered “wind” as well.

Wind can come from inside our bodies as well. “Internal wind” is usually generated from our diet or the emotions. Violent emotions or chaotic minds are often associated with Wind.

In the case of tinnitus, there are many considerations to be made. Let me share a couple of stories: patients I’ve treated for tinnitus.

The first is a man who came to me complaining of a constant low-pitched humming in his ears. This type of sound is most commonly associated with a deficiency of the Kidneys: endocrine insufficiency. This man who is a Type A personality was a very active athlete. He didn’t seem particularly emotional or unsettled in his life. He simply seemed to do too much. While he looked robust, strong and capable on the outside, his pulses (which show a person’s internal energy reserves) told another story. The pulses of this man were thin and very tight as if they were working very hard to meet the demands he and his life were putting on himself.

When an organ system in the body is forced to work too hard, it can generate heat and “wind” which can float up into the head. The Chinese medical classics say the ears are the external “outlets” for the Kidneys. Wind and heat resulting from deficiency were being generated by the weak Kidney system, trying to find an outlet through the ears. This was evident by the tightness of his pulses. The weakness was shown by the thinness of the pulse, showing he was dehydrated at a deep endocrine (hormonal) level. He lacked the blood and “Yin” (fluids) necessary to mediate the “wind” being generated internally. While his life was demanding, it was more the demands he was making on himself that were causing his problems. The more he exhausted his internal reserves, the worse his tinnitus became. The confusing thing about Kidney deficiency is that one often doesn’t feel tired from it. The generation of “deficiency heat” from the hormonal dehydration can give a person a feeling of endless energy. However as a mentor of mine used to say, instead of running on true energy, the deficient person “runs on fumes” – energy he doesn’t really have.

Treatment for this man was challenging to him. I had to nourish the Kidneys. This made him tired. The body needed to build back its resources, which meant he needed to rest. He didn’t have the energy to run 10 miles a day and work a full day. He was confused and dis-spirited by this, even though I told him it was sign he was healing.

To treat this man’s tinnitus, it was necessary to address the root of the problem. It wasn’t possible to just “clear the wind” and treat the symptom. He was the one generating the wind through his lifestyle. It couldn’t be blamed on a virus or outside event. This can often be the most challenging scenario to correct. It requires a lifestyle change, which many people are not willing to do.

It took some time and many treatments, but his Kidneys finally began to strengthen and his tinnitus went away. Hopefully he also ended up learning a bit about himself in the process.

Another case of tinnitus came from a very different source. A woman with high pitched ringing in her ears, pain in the ears and extreme sensitivity to sound. Her pulses were full and strong. She and her doctors believed the problem was the result of listening to loud music. However, her pulses suggested the overactivity of her Liver and Gallbladder systems were generating a lot of heat which was “stirring wind” – another way for saying inflammation creating heightened sensory-motor activity and sensitivity. Even though her demeanor didn’t show it, her pulses suggested she was highly emotional and strongly affected by the outside world.

She lived a life that had undergone many changes. And perhaps because she was not very expressive, the tinnitus was a way for that which was being stirred-within emotionally to have an outlet. Treatment consisted of soothing the Liver-Gallbladder, clearing it of inflammation. I also included acupuncture points that “opened” the sensory organs to encourage more emotional expression. The more she could fully express her emotional reaction to the world and its challenges, the less her Liver would generate heat and wind.

There is a treatment strategy contained within acupuncture that is called “coursing the wind.” Most of the points that do this are located on the Gallbladder acupuncture channel. There is another strategy called “pacifying the wind.” There’s a difference between these two strategies. To pacify the wind just tries to stop the chaos and its symptoms being caused by the emotional response to change or challenge. It doesn’t treat the root of the problem, but gives the patient some relief – a break from the “windstorm” so they can collect themselves and decide what to do next.

Whereas, to “course the wind” supports a person to feel empowered. They take their sense of increased strength to use to “wind” – the challenge or change – in a productive way. We could say it takes them from brooding about the situation into a state of action.

It is very important to Chinese medicine that treatment address the person being treated – not just their condition. It’s necessary to get to know the person being treated. For example, amongst the three treatment strategies mentioned above, it had to be determined, based on the individual, which would be most helpful for the woman just discussed? As I saw it, it wasn’t a problem of lack of action that was causing her Liver to be inflamed and agitated. Coursing the Wind would therefore not be my first treatment choice. As far as Pacifying the Wind, it seemed to me that she was doing that herself by choosing not to express her feelings about her life. I decided she’d be most helped by more emotional expression. I gave her acupuncture points to help her cry and emote. My strategy became: “Expel the wind by opening the sensory organs.” I combined this with a gentle “coursing” of the Liver, helping it to move its emotional agitation up and out – which I think is what the body was naturally trying to do through the tinnitus. It was just not releasing fully; instead, it was staying stuck in the ears. I prepared her that she would probably be more emotional than usual – that she should welcome it as part of a healing process.

For both of these patients, treatment consisted of treating the symptoms, but went deeper than that. Both of these people had the opportunity to learn about themselves, their choices and how they relate to the world. The acupuncture treatment as we practiced it together became a process of self-empowerment and greater self-awareness, in addition to the elimination of symptoms. 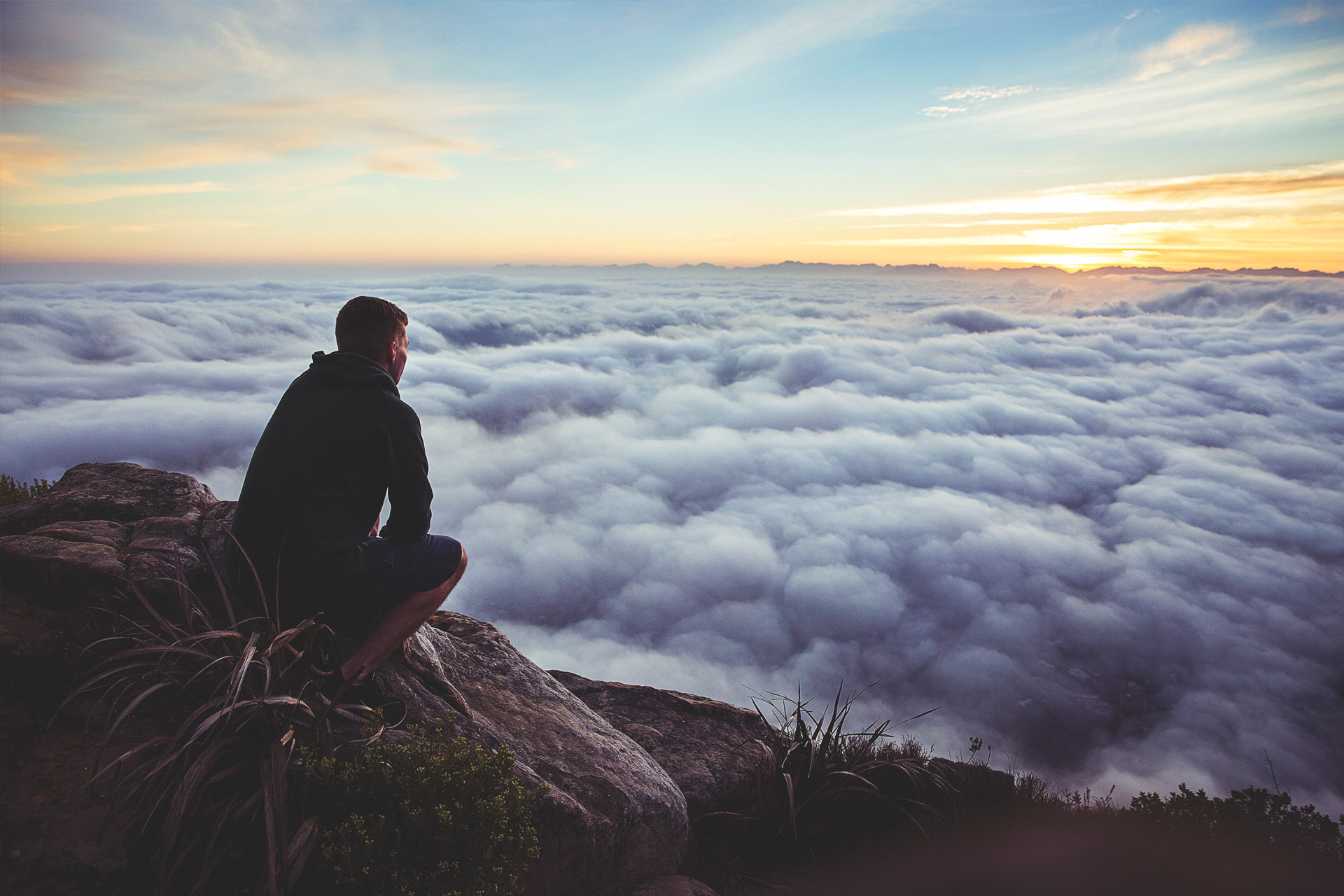