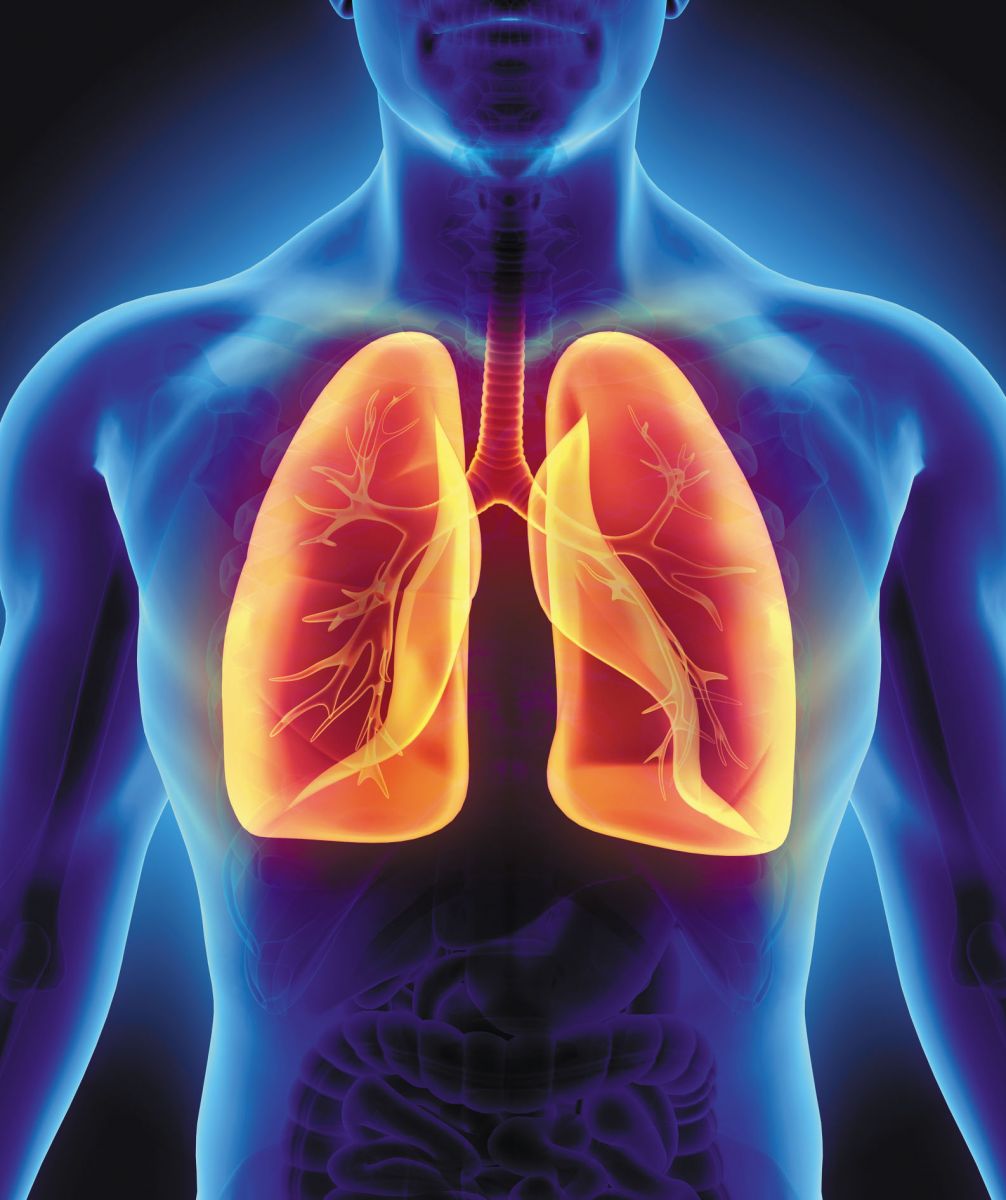 Human existence is mysterious. To be a healer is to sit with that mystery day in and day out, feeling alternatively in awe and powerless in its midst. When we find ourselves facing our own mortality, are forced to look into the mystery and contemplate its meaning.

Why is this happening to me? What need I do to help myself move through it?  How can I keep it from being passed along to my children? These are questions I’m asked everyday by some of my patients. The essence of my job is to sit with my patients in their wonder, confusion and suffering. 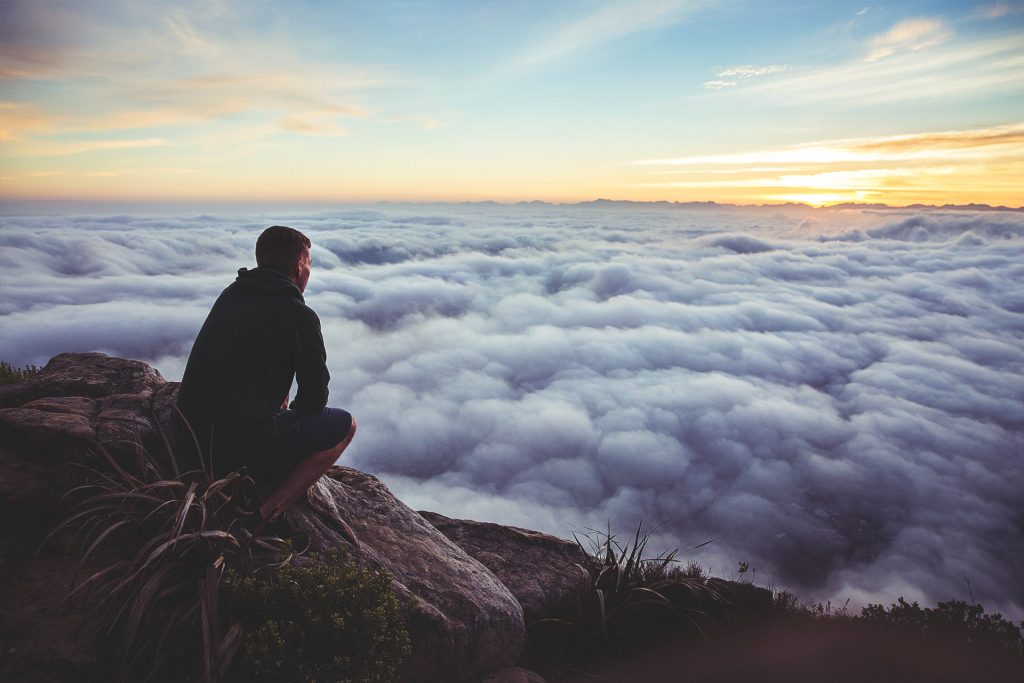 The great spiritual traditions always go back to this simple practice: have the courage to be present.

The popular Buddhist teacher Pema Chodron advises: “drop the storyline and abide with the underlying energy: follow the breath.” The most mystifying situations frequently bring me to this place. I have come to believe that the place of presence is where all healing ultimately comes from. It is the realm of the Lungs and the spirit of the Lungs, called “the Po.” From the Lungs, comes the breath of life, as well as the outbreath of death. From the Lungs comes acceptance and disintegration. There is wisdom to the breath that is deeper than the mind. 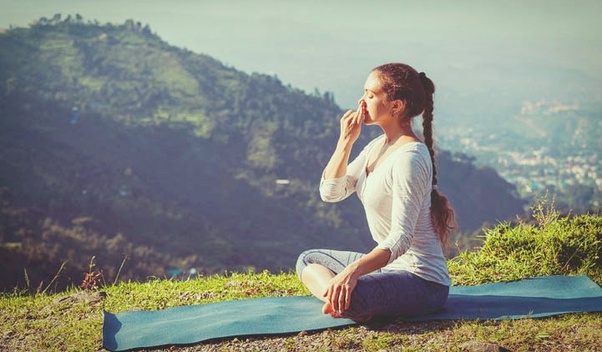 In thinking about this topic, a particular story comes to mind, as told by Pema Chodron in her book “Start Where You Are.” It is the story of Milarepa, a hero of Tibetan Buddhism.

Milarepa was very devoted to his meditation practice, he was also very brave. One day he returned to the cave where he lived to find it had been taken over by demons. Chodron explains that Milarepa “had the sense that they were just a projection of his own mind -all the unwanted parts of himself,” yet he was still bothered by them. He didn’t know how to get rid of them,” He tried giving them spiritual teachings, teaching them about compassion and oneness. After that failed to work, he got angry and combative. When all his efforts to get rid of the demons failed, Milarepa finally surrendered, saying “I’m not going away and it looks like you’re not either, so let’s just live here together.” This act of surrender miraculously caused all of the demons to leave, says Chodron. All but one “particularly vicious” one. So, Milarepa “put himself right into the mouth of the demon and said ‘just eat me up if you want to,’ explains Chodron.  This was the act that allowed the stubborn, entrenched demon to also leave. 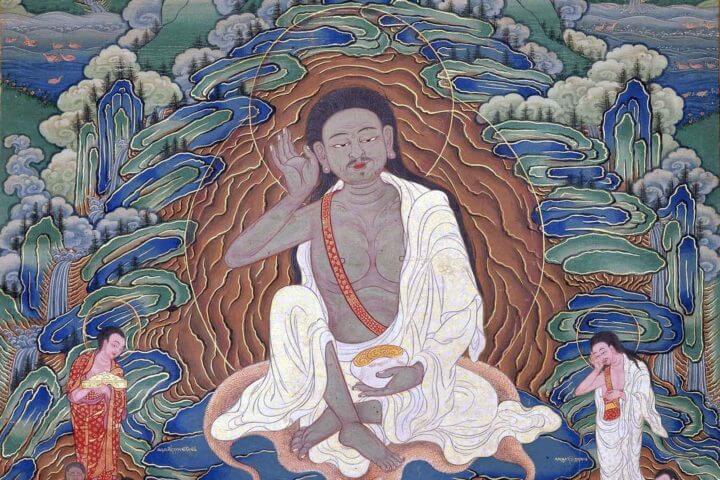 The demons are obviously a metaphor. They are all the things we are uncomfortable with: about ourselves and the world. All of us at some point find our minds and lives overrun by demons. These demons can be terribly scary. We may resist and avoid them as if we were running for our lives.

I recall years of waking night after night in a terrible fright, unconscious of what I was disturbed by. I would jump out of my sleep, scared and agitated, as if I was running from something. I wasn’t a child when this was happening. I was an educated, independent adult. I’d studied Buddhism, and was working towards my Masters degree in Chinese Medicine. I would meditate, attend class, get A’s on my exams, and come home and be afraid to go to sleep. It was really as if I was being chased by demons. I suffered for years in this way. What made it all the more challenging was, I had no idea what I was afraid of. 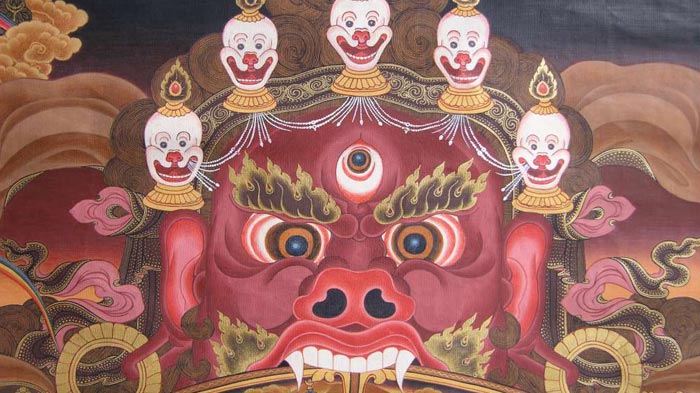 It was only through being treated with acupuncture that I was able to let go of my night frights. I was taken deep into my unconscious through the mysterious acupuncture channel called “Chong Mai.” This channel relates to the deepest aspects of the self: the destiny, the family line, and the manifestations of the self. If all fear is truly “fear of oneself,” as my teacher says, Chong Mai is the channel to treat. 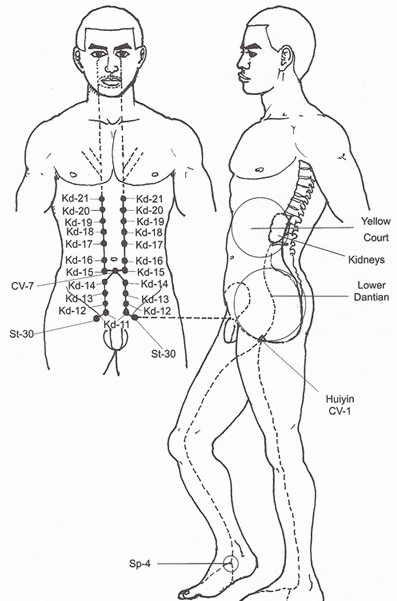 I remember during treatment, I kept insisting to my acupuncturist that I needed to “transform” these difficult experiences. At one point, my acupuncturist said to me with a smile, “you can just let them go.” Somehow I never considered this. I was certain I needed to engage with my demons, get everything to turn out “right.” Needless to say, things never turned out “right,” as with Milarepa’s demons, they just dissipated and disappeared.

I never did come to a state of awareness as to what was chasing me. Somehow I made peace with them, and let them go. I neither miss them nor hold any grudges against them. I simply don’t think about them.

It wasn’t through a state of battle that the Buddha came to enlightenment under the Bodhi tree. Even though he was visited by the most fearful demons, it was only when he invited them to sit beside him, that he become free.

What are we running from? What are we resisting: within ourselves and the world? You know, they are essentially the same thing: all those parts of ourselves we have rejected. Those aspects of life and ourselves that we cannot abide. This resistance is essentially the root of both suffering and disease. Without resistance, the lungs are free to “let go.” Nothing is allowed to linger. There is no fight. And no fight is no fun for demons. They simply cease to exist.

Most doctors like to use the word “fight” to describe the treatment of disease. A healer such as me prefers the words “surrender” and “accept” as more desirable treatment intentions. This is not to say I’m advising my patients to give up and allow pathology to consume them. On the contrary. In the Chinese Medical system, to resist is to create and exacerbate a disease. Resistance is often what has created the problem in the first place.

Chinese disease progression theory illustrates its theory of illness through the acupuncture channels. For example, the sequence begins with the Lung Channel. It is the first layer of the body to meet the exterior. The virtue of the Lung is to simply “let go” of an issue, pathogen, germ, ect. The Lung doesn’t debate with it; it doesn’t fight or resist it, it doesn’t rationalize it or try to make it see things a certain way. The lungs don’t engage; they just “release” whatever’s harassing, like a duck shaking the water off its wing feathers. And when the issue is gone, it’s gone: time to move on to the next moment.

The healthy lung is neither interested in the past nor the future: only the present moment. However, if the Lungs are weak, and unable to fully embody the virtue of presence, the condition will move into the Large Intestine Channel, where resistance begins. Energy begins to “clump,” gather and cause inflammation and irritability. We get constipated with the problem, unable to work out how to “let go,” either through our bowels, through our sweat, or through our breath. If the condition is allowed to progress further, it will begin to consume the energy, fluids, blood and finally hormones of the body, leading to degeneration and chronicity.

A resentment literally eats the body. Disappointments burn holes through the lungs. Anger literally boils the blood. And fear prevents anything from happening: suspending us in time. Fear is seen as the root emotion in Chinese Medicine. And all fear is essentially fear of oneself. To treat all conditions is to treat the self. To deal with the world is to deal with the self. It all comes back to us.

With this understanding, I come to see that my role as a healer is to help a person return to the Lung’s pure virtue of “presence.” Ideally, to come to a place where they no longer need to engage with their problem any longer; to cease worrying about what will happen in the future, or what could have happened; to stop beating themselves up for past actions; to forgive the actions of others which caused them pain or disappointment. To let go of all of it. And, most importantly, to truly accept themselves.

Step one is to stop running. Step two is to focus in on the self. Step three is to surrender and accept. Step four is to let go.  I don’t know of a more loving and peaceful practice. We stop seeing the problem as “out there,” for one. We take responsibility for our own health and wellbeing, owning the power this acceptance provides. And eventually, we make peace even with ourselves. This is unconditional, loving self-acceptance: the path of the heart. In my eyes, the path of healing ourselves and our relationship with the world.