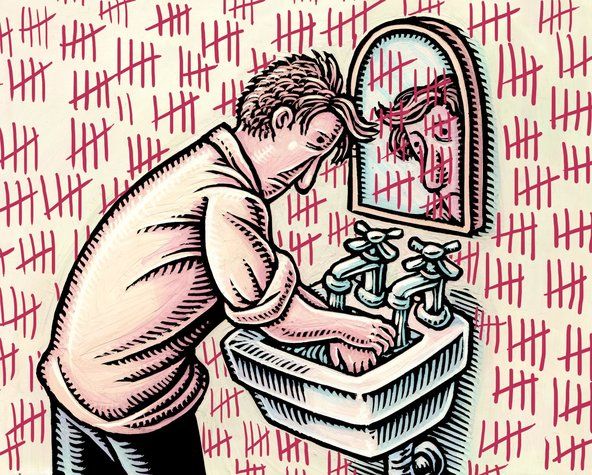 Obsessive-compulsive disorder is a condition that affects millions of people. It can range from mild cases where obsessive thoughts cause a person to engage in repetitive behavior. On the more severe end of the scale, OCD can create paranoia, addictive, self-destructive and even suicidal behavior.

Chinese medicine and acupuncture have much to contribute to the understanding and treatment of obsessive-compulsive disorder. Within the Chinese medical understanding of human physiology, all of the 12 primary organs of the body are attributed mental-emotional as well as physical functions. Performing acupuncture treatment on acupuncture points associated with the 12 primary organs can have a powerful effect on the mind and body. 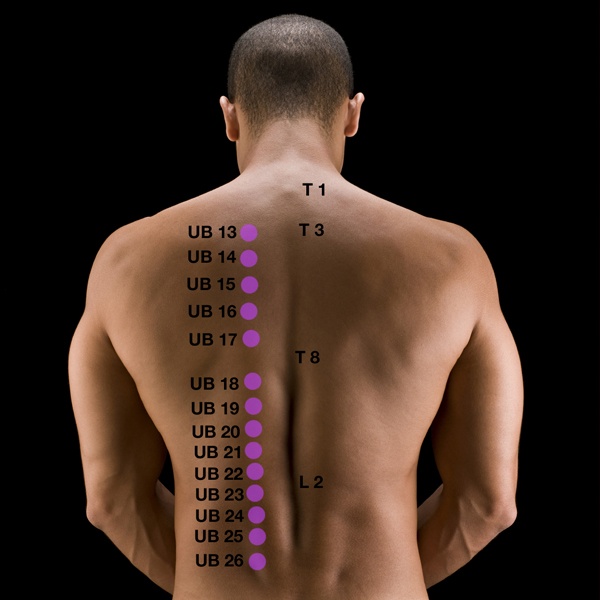 In the Chinese acupuncture system, thousands of years ago, great physicians discovered there are energy channels that run along the body. Each of the channels connects to one of the major internal organs. For example, the Kidney channel travels from the sole of the foot, up the inner leg, into the kidney and bladder organs, into the lower back, the groin and along the abdomen and chest. There are 27 designated acupuncture points on the Kidney channel, each of which exert strong healing effects when stimulated with an acupuncture needle. 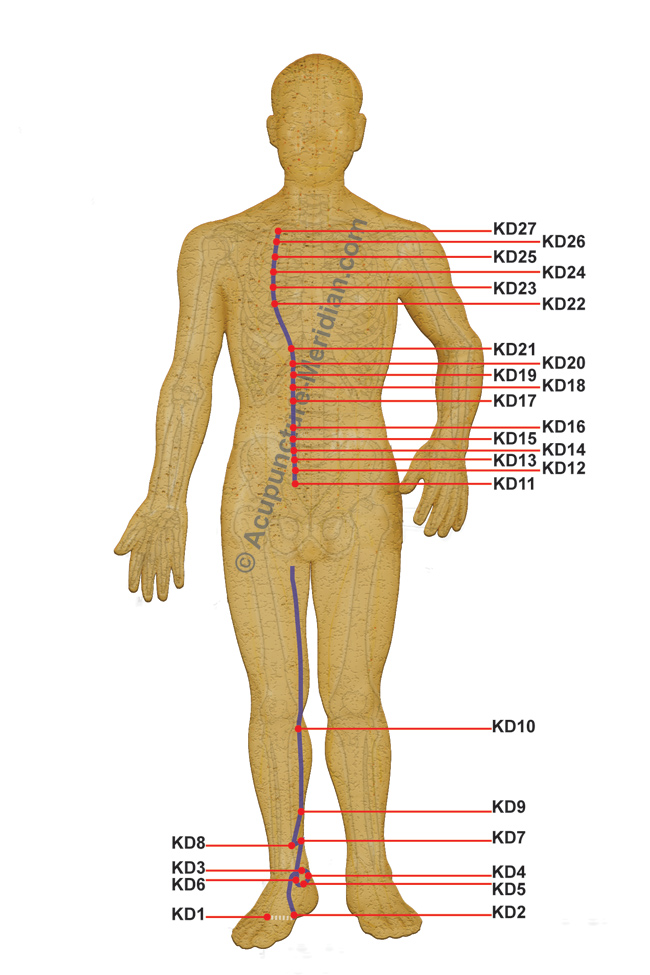 Treatment with acupuncture has a famously strong physical healing effect on the body. However, it is less widely known that acupuncture treatment can be equally as effective treating conditions of the mind and emotions.

Within obsessive-compulsive disorder, there is often a mental as well as a physical component to the condition. To unravel the disorder, one must commonly work on both aspects of the system.

Within Chinese medicine, obsessive-compulsive disorder is seen as an imbalance of the Kidney energy system. The Kidney system contains the adrenal glands, and influences much of the hormonal system as well as a person’s willpower and unconscious mind. 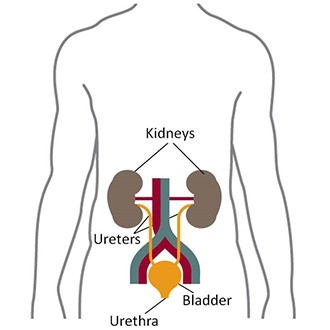 A common therapeutic strategy used in acupuncture treatment is working on a person’s blood chemistry to effect their brain chemistry. There are specific points and channels that have a particularly strong effect on blood circulation; they are called the “Luo.” The word Luo can be translated as “passage” or “connecting” channels and points.

The medical classics of acupuncture, written thousands of years ago, describe obsessive-compulsive behavioral symptoms as associated with the Kidney. When the Luo channel of the Kidney is diseased, say the classics, there will be obsessive-compulsive behavior often accompanied by irregular or insufficient bowel and urinary output. When the condition progresses, it can manifest as fetishes and paranoia, accompanied by sharp pains in the low back and genital regions of the body. 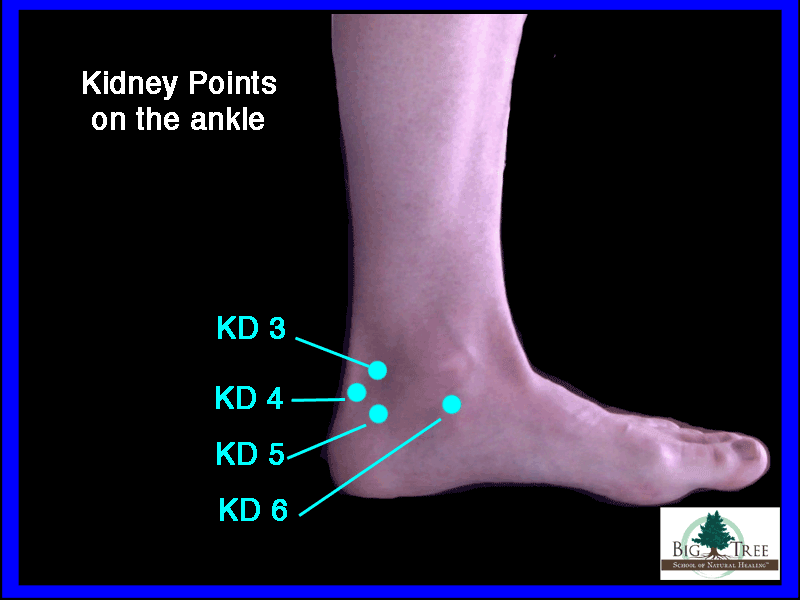 Chinese medicine attributes the Kidney system with governing our willpower. In a healthy state, the will is directed towards our own best interest, remaining within the boundaries of our physical and mental capabilities. When the Kidneys become damaged, they fail to manage the will. We begin to exceed our limits, working and playing longer and harder than we have the energy for. This leads to greater taxation and damage to the Kidneys.

Another role of the Kidneys is support of the digestive system. When the Kidneys become damaged they cannot continue to feed the pancreas and stomach. Within Chinese medicine, it has been found that the digestive organs exert a strong effect on the mind. When the stomach and pancreas are strong, they are able to process mental stimuli and maintain proper boundaries in our thinking and actions. They support the Kidneys to know our physical limits and not exceed them. When the stomach and pancreas become weakened from lack of support from the Kidneys, there is diminished control and we will not know when to stop.

The partner organ of the Kidneys is the Bladder. The role of the Bladder is to maintain control of our most superficial body layer: our muscles and skin. Mentally, the Bladder is one of the organ systems that helps process external stimuli. It may sound funny that such a small organ would have such a large role. The organ itself may be small, but the acupuncture channel given to the Bladder in Chinese medicine is the largest in the body, covering the entire back, connecting to the eyes and the brain. The Bladder acupuncture channel exerts an instinctual, unconscious awareness of everything that is going on around us. It processes everything, even that which we don’t think we notice. 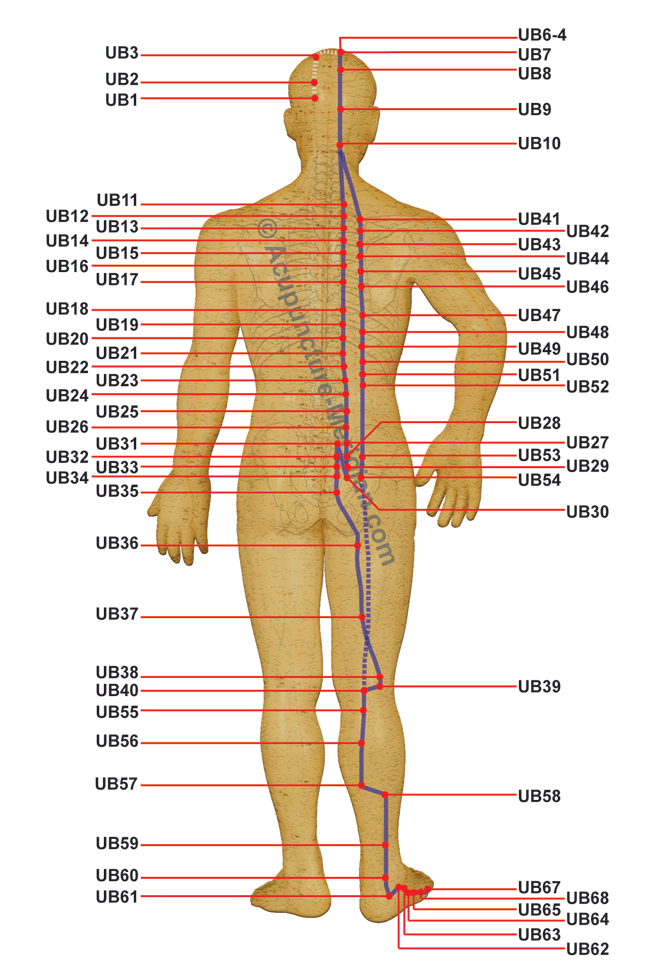 When the Bladder channel is diseased, it can create frequent panic attacks, as if the “alarm system” of the body is always sounding. The nervous system can be in a constant state of over-vigilance as if it is always under attack. The person may have a difficult time relaxing, over-sensitive to all stimuli. When the disease of the Bladder progresses, it can burn-out the “alarm system” altogether. Then the body lacks awareness of when enough is enough. We may find ourselves surprisingly burnt-out very quickly, without warning. Or, we can find ourselves frequently getting hurt, engaging in activity that is too much for our bodies to handle, without awareness of the danger of what we are doing. We simply lose awareness of our limits, frequently going beyond them and hurting ourselves.

There are many specificities to obsessive-compulsive behavior. There may be Lung channel involvement, whereby there is a constant need for sensual engagement and touch. There may be a Heart component, where the person can no longer control their emotions. Or, there may be dissociation if the large intestine is involved. Or, extreme sensitivity to criticism if the small intestine is involved. At its worst, there can be “death-wind”: suicidal ideation that involves putting oneself in dangerous situations.

We can self-check our bodies to gain insight into where we might be holding stress. Our stress might be manifesting as personality disorders such as obsessive-compulsive disorder. Chinese medicine recognized that the personality, mind and emotions have a strong relationship to our circulatory system: blood chemistry effecting brain chemistry. Stress on the organ systems can show up as varicosity (spider veins) along the acupuncture channels on the surface of the body. When the stress has begun to actually damage the organ system, nodules or lipomas can appear on the skin as well. 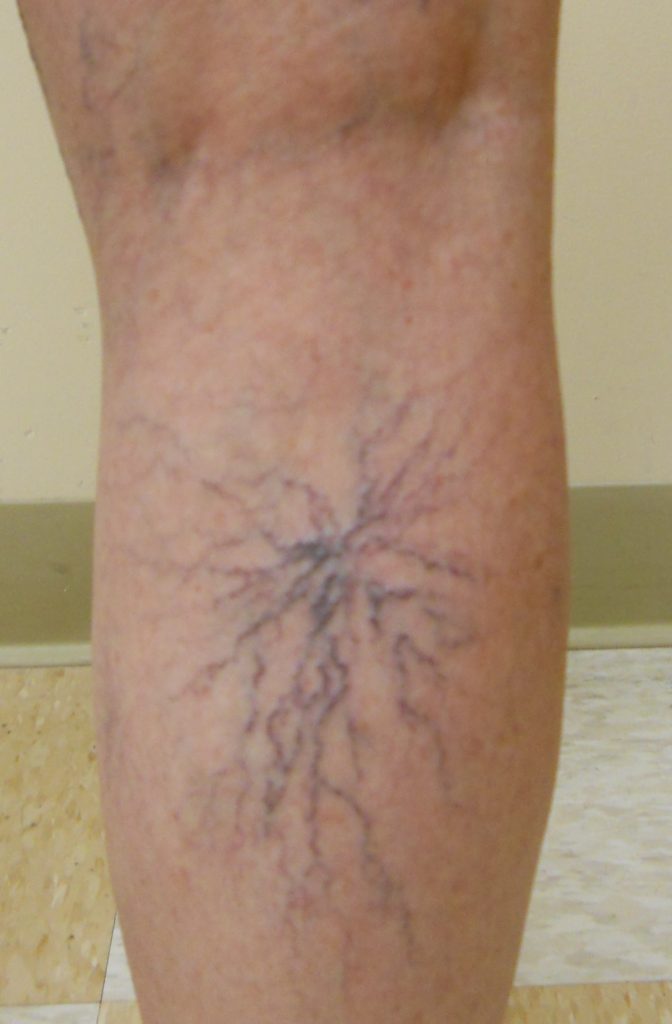 Treatment of conditions such as obsessive-compulsive disorder with acupuncture involves “invigorating” the body’s circulatory system to reduce toxic overload. Acupuncture points are stimulated to help strengthen the movement of blood, and break through stagnations where blood flow has become weakened.

The major point used to treat obsessive-compulsive disorder with acupuncture, associated with the Kidney, is on the inner ankle near the Achilles’ tendon. The major point for the Bladder is on the outside of the lower leg. Both of these points exert a calming effect on the body, as well as stimulate the circulatory system to break up varicosity and eliminate toxic accumulations (mostly through urination). These points essentially release some of the pressure building up in the system. When the pressure is released, the need to “act out” is reduced.

Treating the Kidneys and Bladder may only be affecting the symptom of a person’s condition. It will help release the pressure that is building into obsessive thinking and compulsive behavior. To effect the root of the problem, investigative work must be done into the person’s history to see where the trauma originated (if that is the cause). Or, perhaps it is a condition that runs in the family; whereby a deeper level of the body needs to be treated with acupuncture. Perhaps there is a chronic hormonal or blood deficiency; or an inflammatory condition that has damaged the fluids of the body, creating blood stagnation and circulatory distress. Longterm treatment with acupuncture is much like untying knots as we “peel the onion” of the person’s condition, looking for the root of the problem. Sometimes what’s necessary is a detox, other times the person’s system needs to be supported and rebuilt. No two people are alike, therefore no two conditions are alike. Each person must be treated as an individual.