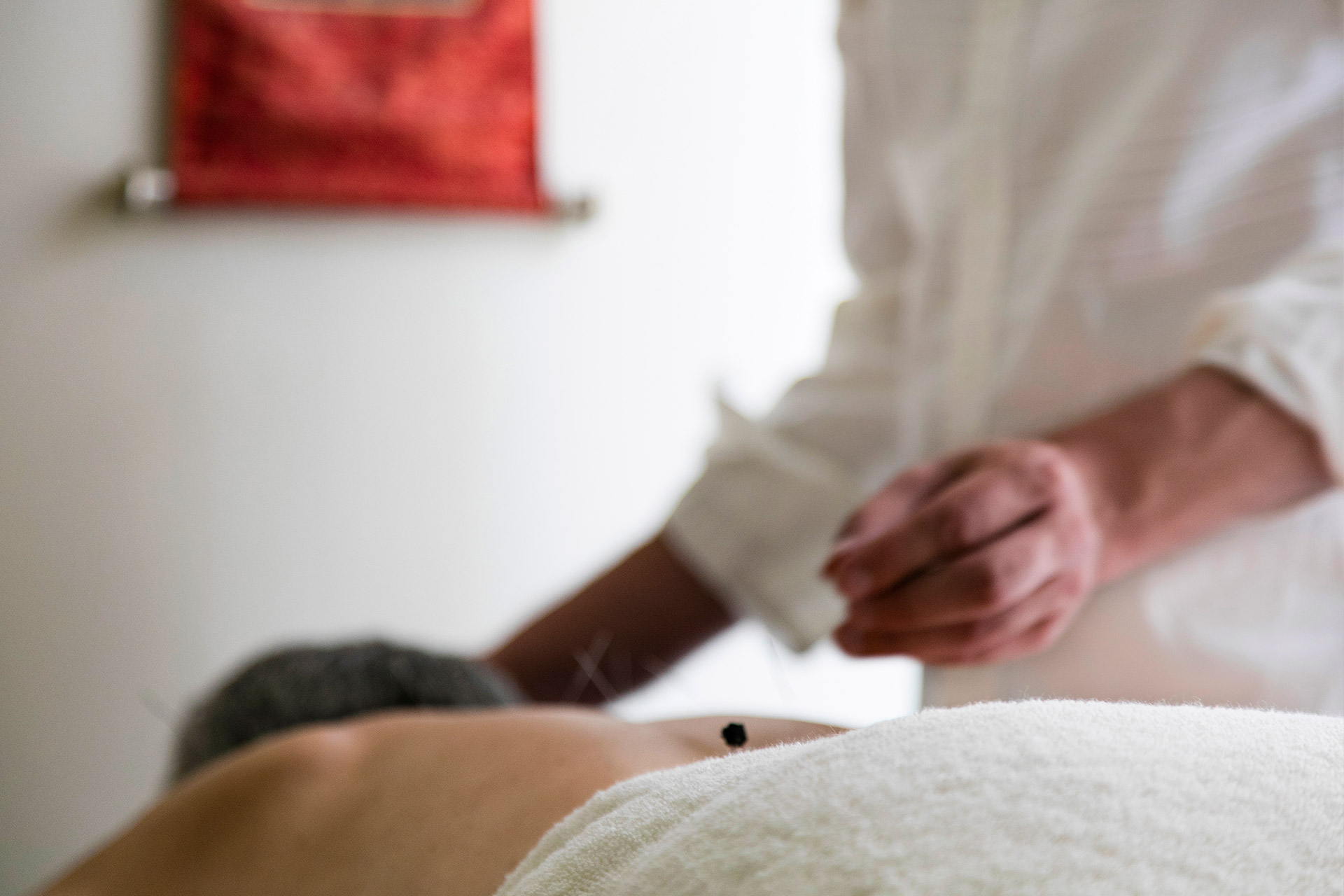 While it is very interesting to me (as an acupuncturist) how acupuncture works, much of the general public would prefer to hear stories of when it has worked. Many questions I hear from prospective patients are: “how will I know it will work for me?” “How can I trust it?” These questions can be applied to any treatment modality. Every antibiotic or surgery is taken with faith that it will work. Much of that faith is built upon knowing others who have had success with these treatments. It is also built upon our faith in the medical system we are using. The truth is, not every surgery works for everyone. Antibiotics are often given when they are not needed. What we place our faith in is built on many things, many of which have very little to do with the efficacy of the actual treatment.

Most patients come to acupuncture because they’ve heard others have had success in eliminating symptoms and improving their lives. As an acupuncturist, I see success stories everyday – pain being eliminated from people’s lives, anxiety alleviated, chronic symptoms disappearing: lives greatly improved and changed. I sometimes forget how much the general public wants to hear these success stories. I’ve finally heard the call! I’m excited to share stories from my acupuncture clinic – examples when acupuncture has successfully (sometimes seemingly miraculously) worked.

One of the most common ailments I treat people for in my acupuncture clinic is pain: lower back pain is the most common, followed by sciatica, hip pain, as well as shoulder and upper back pain. Many of these pain syndromes are complicated by degenerative processes: degenerative disc disease, herniated discs, bulging discs, slipped discs, spinal stenosis, osteopenia, osteoporosis, arthritis, rheumatoid arthritis and osteoarthritis.

I commonly see patients who have received treatment from their Western doctors (usually in the form of steroids), physical therapy, and sometimes surgery. Surgery is obviously a major invasive procedure many people try to avoid as best they can. It sometimes works wonders; and sometimes complicates things further. Steroids can only be used a limited amount of times, and while they will reduce pain caused by inflammation, they do little to treat the actual problem itself. Physical therapy is wonderful (as is any exercise), yet it is only piece of the treatment strategy necessary to resolve the problem.

I’d like to share a couple of success stories within the back pain category. It’s always a big celebration when a patient makes a big change in their health. It’s endearing when they are surprised. To me, any type of healing from any modality is a miraculous thing: cause for awe. But it’s nice when the patient begins to “believe” in the treatment. They become all the more harmonized within themselves as a result. Belief isn’t necessary for acupuncture to work, however support from one’s mind is helpful for any treatment, be it chemotherapy, knee surgery, chiropractic or wheatgrass juice.

In the past few years, I’ve seen a number of forty-year old men with chronic lower back pain accompanied by disc herniations and/or bulging discs. The pain would often radiate from the low back into the hips and gluteus, down the legs as sciatica. The disc degeneration was progressive. There was inflammation which was often treated by steroids given by their doctors when the patients were in a crisis state. Some of these men had surgeries to clean up and repair the disc destruction.

No two patients are the same. Multiple people may present with similar symptoms, but everyone is different. Therefore acupuncture treatment for each patient is tailor-made. This is the major different between “classical” acupuncture and modern medicine. Classical Acupuncture treats the patient with the disease, so the person may become strong enough to eliminate the problem. The paradigm of Western Medicine has grown towards treating the disease. As a result, in Western medicine, treatment is often focused on the general nature of the disease, ignoring the individual subtitles of the patient. This is why the combination of the two systems often mutually enhance one another. At times, patients may need to strengthen their overall immunity or body function to be able to adequately utilize Western treatments. This is especially true with chemotherapy and surgeries. It is also true with vitamins and drug therapies. The body’s digestive systems must be strong enough to assimilate the drugs and vitamins, otherwise most of it is flushed out through the urine, providing little or no benefit to the patient.

That being said, I did see a pattern amongst many of the men I was treating for back pain. There was generally not a genetic component with these men. Degenerative Disc Disease or back pain did not run in their families. I have treated many other patients for whom genetics were a part of their condition. Yet with these men, the inflammation in the lower back causing tissues of the spinal discs to degenerate, bulge and burst appeared to be coming from longterm unmanaged stress.

In Chinese Medicine, the effects of stress and unmanaged mental-emotional concerns are seen to create a tremendous amount of systemic inflammation. This inflammation is said to originate in the stomach and heart, and travel throughout the body. The body tries to control the “fire” by dumping cooling “dampness” on it to keep it low-grade. It does to slow down rapid tissue degeneration. This often leads to low-grade irritable bowel syndrome or more serious conditions such as Crone’s Disease or Colitis, or other problems of the GI tract.

The body can also siphon inflammation into areas of “holding,” such as joints and bones. Calcium is a cooling agent used by the body. This is often the process occurring when bone spurs begin to appear on the feet (amongst other places): it is the body leaching calcium out of the bones to control abundant inflammation. The joints are some of the most common places inflammation is siphoned into by the body. They control inflammation very well as long as they remain healthy. However, sooner or later, the heat will burn up the tissues and degeneration will appear.

With the two men being treated, the heat needed to be eliminated not only from the discs, but also from the areas of origin: the stomach and heart. Within the Chinese medical system of acupuncture, each organ is assigned numerous functions: far more than they are given within the Western medical system. Each organ is seen as a “system,” which governs the functions of associated glands, tissues, as well as mental-emotional attributes. How the ancient Chinese discovered all of this, I have no idea. But, it has been proven for over 2000 years to work.

The stomach and heart organ systems are highly involved in mental-emotional function. The stomach is the organ system that “digests” thoughts and creates emotional response. The heart system governs our desires and their expression. Blockage or over excitation to either of these systems will create “stress” which leads to an inflammatory response.

Treatment with acupuncture with these patients began by “opening up” and relaxing the joints and muscles around the lower back. Inflammation was detoxed out through the urinary system. Heat was also cleared from the stomach and heart to create a calming effect on the mind and emotions. A special acupuncture “channel” called the Divergent Channel was used which “penetrates” directly into the joints and points. This is not to say the needles themselves penetrated that deep. Needling in my clinic is always done very superficially and with the utmost gentleness. What is meant by “penetrating into the joints and bones” is that the energy of the acupuncture points along these particular channels send messages into the joints and bones. The message being sent was to detox and eliminate the accumulated inflammation causing the degeneration and pain. The effect on the patients was deep relaxation. Both of them fell asleep within minutes, receiving a nice rest during the course of the treatments.

Pain and discomfort reduced rather quickly after a few treatments for both men. They were happily amazed. And we celebrated. The remainder of the treatments focused on resolving the “root” of the problems, and rebuilding the body tissues.

Treating a mental-emotional “stress” cause of any condition is a complicated process. In addition to acupuncture relaxation therapy, treatment involves growth in self-awareness. The patient must become aware how his or her lifestyle (or way of thinking) is contributing to stress. Then, they must become willing to make changes. This can take time.

There is a big educational component in working with patients. I believe it the main role of a healer to empower the patient to learn how to heal him/herself. There are acupuncture channels and points that help support greater self-awareness, others that boost courage and discipline, even those that encourage reflection and forgiveness.

The more I learn about acupuncture, the more I see the needling of acupuncture points as a process that regulates the endocrine system. There are hormones that affect all aspects of the psyche. The acupuncture points are switches to increase certain energies, and decrease others to create a healing effect on the patient: boosting endorphin levels, increasing melatonin, decreasing cortisol levels. We call it by other names in Chinese Medicine, but it often amounts to the same thing. Yet, there is truly something magical about acupuncture. By stimulating acupuncture points, we are strengthening our capacity to know how to regulate these energies in ourselves. It’s like we are awakening and exercising our ability to adjust our own moment-by-moment homeostasis. I can’t say I know how this happens. But I can say, I’ve seen many people change in profound ways in my clinic. There is something that happens in acupuncture treatment that is part science and part magic.