What is an Acupuncture Point? 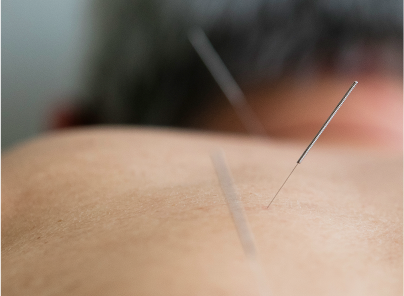 What is an Acupuncture Point?

Acupuncture can seem a mysterious therapy. Often even to acupuncturists. One of the funniest answers I ever heard from a senior acupuncture colleague of mine was: it’s magic! Many Western doctors recognize that acupuncture works. It reduces and eliminates pain in the muscles and bones, reduces allergies and inflammation, resolves insomnia, and has a beneficial healing effect on many other symptoms. Yet Western science cannot explain why or how acupuncture works. The common reply when asked about its efficacy is: it’s probably a placebo. To me, this is much like when we ask our doctors about certain symptoms and conditions and why they result. When they don’t know the answer, they usually say its because we are getting old. A cop-out in both cases in my opinion. It is easy to discredit and invalidate things we don’t understand. However, if we try to understand acupuncture from the point of view of those who developed it – the ancient Chinese, we can come closer to a better appreciation of the process.

The ancient Chinese doctors who developed acupuncture saw the body as a system of vital energies. They called this basic vital energy Qi. Many ancient Chinese doctors who developed acupuncture were Taoists, which is a spiritual philosophy highly focused on exploring the “primordial” or beginning of all life in the universe. As a philosophy, it can be compared somewhat to modern Quantum Physics. The ancient Taoists were physicists. They thought if they could discover where all life came from – the basic underlying energy that creates form and empowers function, they could find a way to manipulate that energy within the human body to promote health and longevity so as to reduce illness and suffering.

The ancient Taoists discovered there were three main types of Qi-energy in the human body. There is the energy that interacts with the external world, called Wei Qi. Wei Qi has the consistency of vapor, like the gaseous state of water. There is also the energy that interacts with the interior of the body, called Ying Qi. It appears in the form of blood and fluids: the liquid state. The third type of Qi-energy in the body is the constitutional energy, or our Western idea of the DNA. It manifests in the form of the marrow in the bones, the brain and the stem cells. It is the heaviest of all the energetic forms in the body.

The three types of Qi in the body travel along pathways in which they carry their functional and form-creating influences. Through more than 2000 years of extensive research and observation the ancient Taoists were able to map these Qi-energy pathways, categorizing them into six major channel systems. The most popular Qi pathways used by modern acupuncturists are named the Primary Channels. There are twelve Primary Channels, each of which is named for a different major internal organ. These channels influence and control the day to day function of the human body. The Lung Primary Channel governs respiration, the Stomach Primary Channel governs digestion, the Heart Primary Channel governs circulation. However, within Chinese medicine, each of the organ systems and their channels are seen to have a much wider influence over the body than we see in Western Medicine. The Lung system for example is also said to have a major influence over water metabolism and circulation in the body. The Lungs are also seen as one of the most important systems influencing menstruation, a way of thinking which is quite different than Western physiology.

The Primary Channels transverse large areas of the body, connecting at some point to the organs they are named after, as well to other major areas they influence on the body. For example, the Lung’s Primary Channel begins in the Stomach, travels into the Colon, into the chest and Lungs and down the inner part of the arm into the thumb, exerting its influence along the way.

The ancient Taoists discovered that along each of the Qi-energy channels of the body there are special points that are like vortexes where the Qi of the channel is especially accessible. The Lung channel for example has eleven points. These points came to be called “command” points during the course of history because when they are stimulated they have the ability to command and direct the Qi energy of the channel to create specific physiological and psychological changes. These points came to be called acupuncture points after the ancient Taoists found that small metal needles are the most effective means of accessing the energy within these points. To superficially pierce any of the eleven acupuncture points on the Lung channel with hair-fine acupuncture needles can direct the Qi of the Lungs to influence respiration, metabolism, mensturation and many other physiological functions in the body. To the ancient Chinese, their interest was not so much on whether acupuncture was real. They have had over 2000 years experience seeing acupuncture work. The fact that they saw it worked was enough for them. They devoted their time instead to finding out how to work with the Qi of the body, creating greater insight into the functions and capability of the acupuncture channels and points.

Along the acupuncture channels each command point possesses different functions. They each have a particular personality and “spirit.” Some points clear inflammation, others boost immune function. Some points promote energy going to the surface of the body to create sweating and urination: major detoxification actions. Other points stimulate peristaltic activity and metabolism (transformation and transportation). There is even an entire category of points that influences blood circulation, the processing of emotions and the storage of memories and experiences.

Acupuncture as a healing system is vast. The Primary Channels are chief in terms of daily physiological function of the body. This is why they are the most popular channels used by modern acupuncturists. Yet there are five other equally strong acupuncture channel systems which I tend to favor in my own acupuncture practice.

There is an acupuncture channel system devoted mainly to the “defensive” Wei surface energy of the body. These channels, called “Jin Jing” are often translated as the Sinew or Tendio-muscular channels. They conduct the Qi energy of the body that protects us from the external world. They keep our muscles, tendons, ligaments and skin strong, detoxification and peristaltic processes working optimally, and tune us to the constant subtle changes in the environment. They help us adjust to changes in weather, climate and barometric pressure. They also create a type of energetic barrier around us that protects us from pathogens like viral, bacterial and fungal agents. They conduct Wei Qi which is an instinctual type of energy in the body. It can be seen as the autonomic processing of the body: those functions in the body which don’t require conscious control, like breathing, sweating, sleeping and blood circulation for example.

The next two acupuncture channel systems function differently than the two we just discussed. The Luo-Connecting Vessels and Divergent Channels aren’t much involved in the physiological processes of the body. They are holding vessels for pathology, toxins and dysfunction. The Luo Vessels flow into the blood vessels of the body; the Divergent Channels flow into the joints and bones. These are common areas where the body stores pathogens and traumas it has not been able to resolve. These can include agents like virus, bacteria, fungus, traumas from injury, and even emotional traumas. The ancient Chinese observed these issues get stored in the blood vessels and joints, creating inflammation and degeneration over time.

In my acupuncture practice, I work with many people looking to resolve challenging issues that require detoxification of the blood and joints. These conditions can be stubborn, mysterious and long-standing. They result from something lurking in the body unresolved  for a long time.

Chinese medicine is often called mind-body medicine, because to the ancient Chinese the workings of the mind and body were inseparable. In viewing a condition, there are often simultaneous symptoms that are both physical and mental-emotional. We use the symptoms to lead us into locating where a problem is coming from in the body – which channel is diseased and asking for support or detox. Symptoms are like messages given by the body telling us something has become weak, stuck, non-functional or overloaded with toxins. 2000 years of scholarly research allows the well-trained acupuncturist to know how to read the signs and symptoms of the body to know which channel is asking to be treated. Once we can identify the diseased channel, our understanding of the functions of the acupuncture points allows us to create a strategy to manipulate the channel to strengthen or detox.

The last major channel system in the body are called the Extraordinary Vessels. They control the body’s original functional codes. They are connected to the blueprint of the body – its original design. To work with these channels is to put a person in touch with the deepest aspects of themselves. Working with the Extraordinary Vessels is similar to working with Stem Cells in modern Western medicine. Both treatments stimulate the body to rebuild itself based on its original code. The Extraordinary Vessels are also channels of self-cultivation and soul-evolution. They can bring insight and awareness into our temperament, inner selves, and according to the ancient Chinese even into our destiny.

I work a lot with the Extraordinary Vessels  in my acupuncture clinic. By reminding people of their true nature and original code of function, this can jump-start a persons  will-power and create a strongly empowered internal capacity to heal.

Self-healing and self-regulating capacity is part of the original code of the body. We are created to be able to fix ourselves, to know which way to go in our lives, and to evolve, transform and change as needed. If the body loses these capacities, it is often a dysfunction of the Extraordinary Vessels. To the ancient Chinese, this is the true cause of problems that appear because of aging. The body loses contact with its original code of self-healing, self-directing awareness and rebuilding capacity. The will-power diminishes. This is what causes the body to degenerate and fail. The ancient Chinese believe people can live healthy and strong late into their lives. Longevity practices were a Taoist speciality. The Extraordinary Vessels are the strongest channels for working with this as a focus.

Working with the acupuncture channels is like working with roadways of physiological function and consciousness. The art of acupuncture is to identify and focus on where the individual person is fixated energetically and mentally. Each acupuncture channel is like a portal of conscious reality. To place a small metal needle in a point along one of these pathways of consciousness can focus, strengthen or break up fixation in a particular aspect of a persons life. The physical reality is an expression of our mental and spiritual state. In addition to being a powerful and effective physical medicine, Acupuncture can also become a consciousness-expanding process like meditation.   The effects of the therapy all depend on the desire and focus of the patient which inspires the combination of  channels and Acu points stimulated by the acupuncturist. 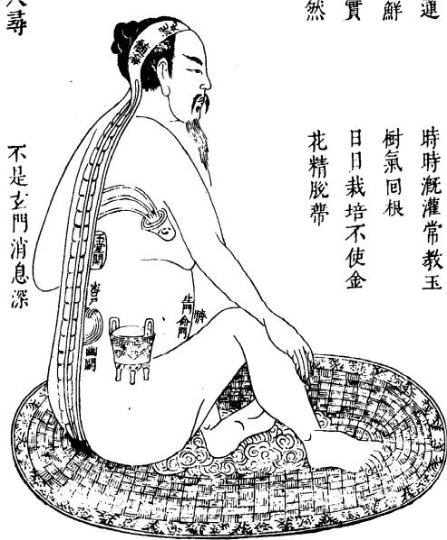 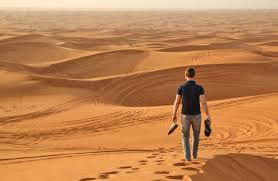